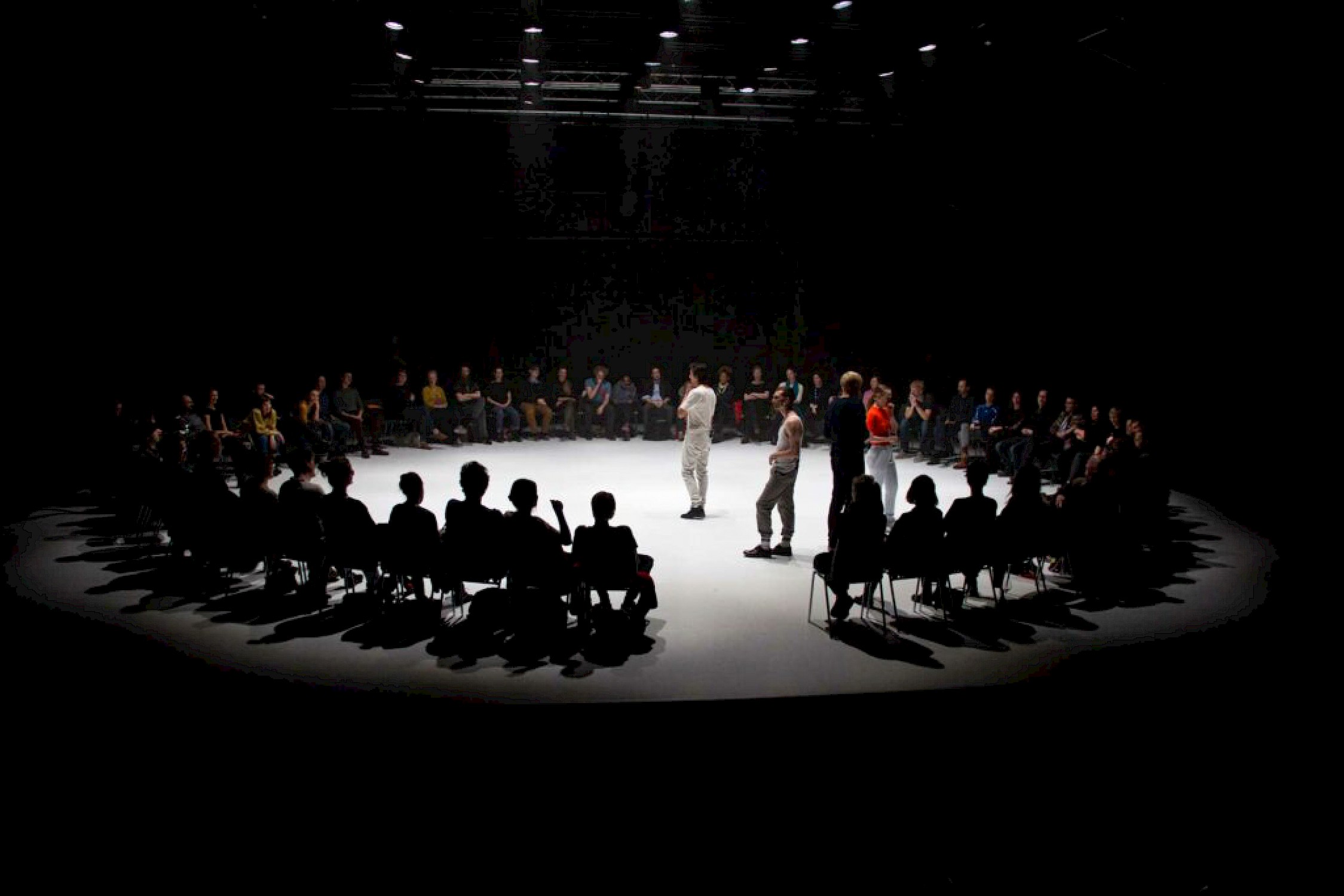 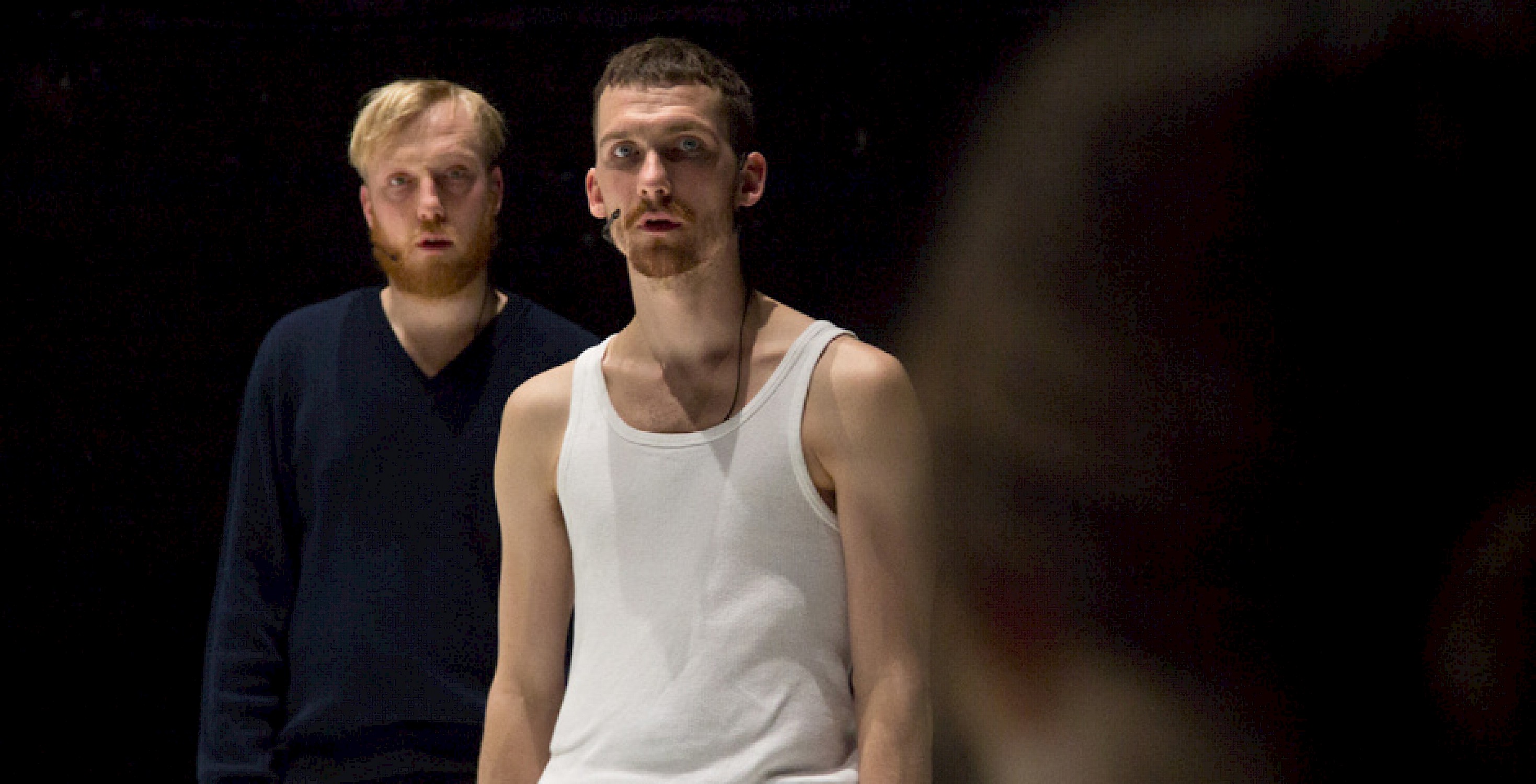 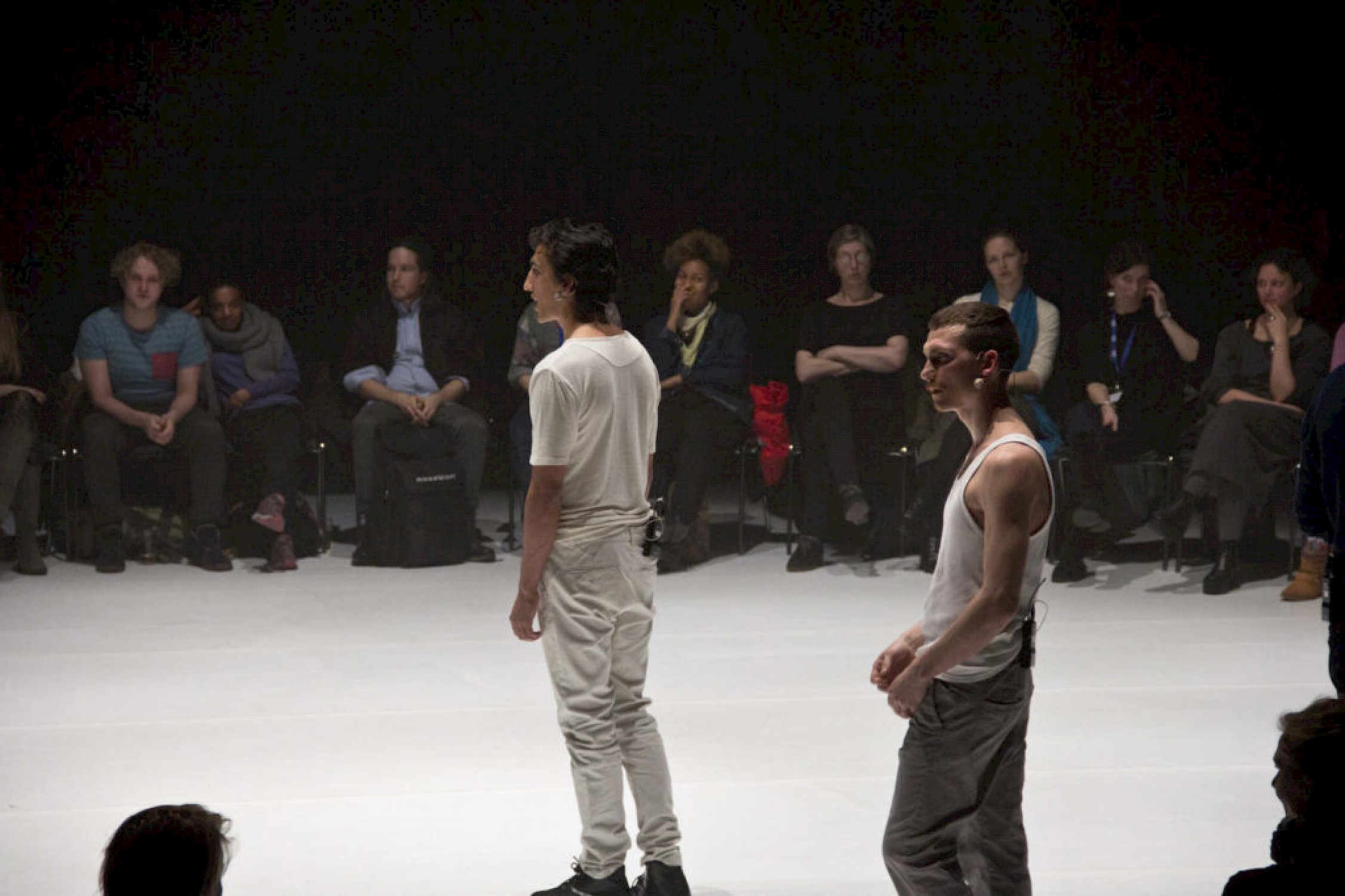 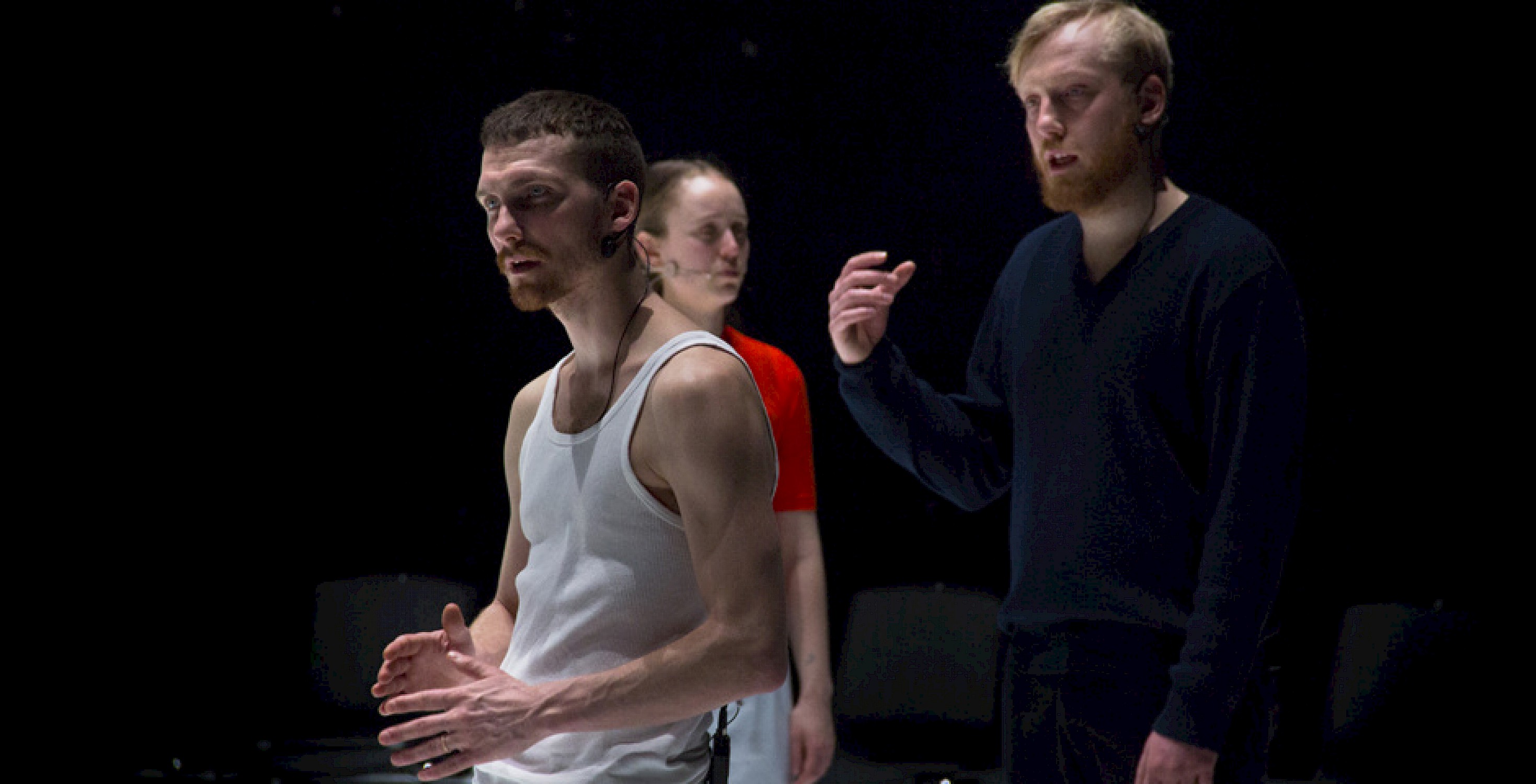 TRANS- is the first piece in what became a trilogy of works that are linked by a conceptual baton pass.

The starting point for TRANS- is an attempt to understand the repulsion and attraction of violence, it is an investigation that ultimately turned to the logic of language as the ultimate mechanism of violence. In particular the way in which when something is given a name or descriptor it becomes caught in a web of expectations and limitations that is pre-defined by the name has been given.

In TRANS- we want to test language to see if we can expose its habits and subvert its ways.

In an intimate circle of 40 chairs the audience become simultaneously spectators and participants in the performance. They provide the material of the show, as the 4 performers describe them in a constant stream of words over the 50 minute duration. The descriptions vary in form and focus but in their practice the performers commit to inventing nothing and denying nothing, meaning that they attempt to always tell the truth and never hold back the truth. They commit to this even as they progress from describing undeniable facts to description through metaphors. There is no pre-written material or dramatic agendas, just the continuously developing interaction with the audience and a slow spiraling choreography that takes the performers through the space and into contact with each audience member.

The effect of this commitment to see afresh in every moment is that an intimacy emerges between the seer and the seen in which many different kinds of experience can happen, some comical, some profound, some ridiculous. Even the distinction between subject and object becomes blurred as oftentimes the performer’s vulnerability in their practice makes them more visible than the audience member being described.

As the descriptions continuously fill the space an excess emerges in which we are made aware of a constant movement. The once concrete subjects of objectification reveal themselves to be in a constant state of becoming, processing through an infinite stream of identities, never settling on just one. Fixed identity appears as a mirage, as a dagger whose handle we can’t ever quite clutch.

TRANS- is inspired by the ceremonial structure in which there are no spectators, only participants, where there are multiple events that occur simultaneously without contradicting each other.