As artists that primarily work with the element of liveness, we have within the IIR long-discussed the practice of documenting work. What is meaningful documentation? What are the different- and overlapping purposes of documenting? In an artistic process, what kind of value does the labour that goes into documenting work have?

My role in this project was conceived to fulfil both a dramaturgical function and to find a meaningful way of documenting the work. With the idea of combining the two positions Jon, Marie-Louise and I developed a practical approach that mimicked the performers’ practice of describing. 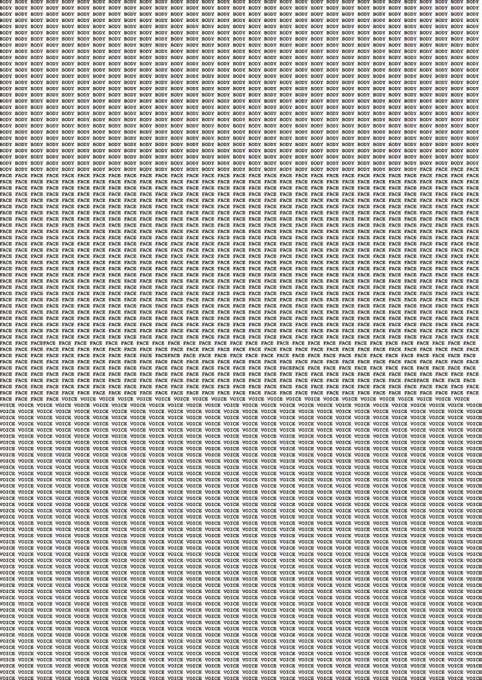 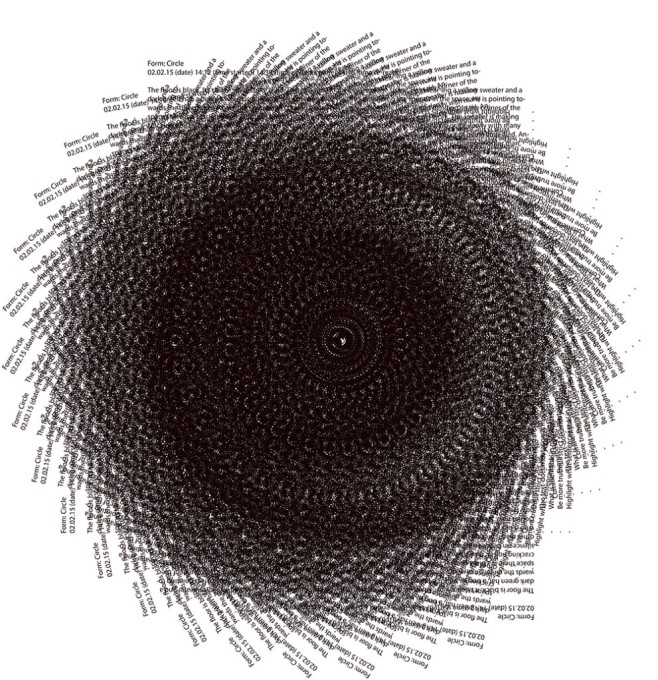 Like a gaze documenting another’s gaze I took on the performers practise, but different from them my media was written text. Daily I spent time describing, noting down different situations taking place in rehearsal. I had simple rules – no interpretations, no use of metaphors and producing maximum one page per day. Sometimes I had special themes like focusing on facial expressions only or avoiding the use of gender specific pronouns.

Some days the practise seemed totally trivial. I even had moments of dozing off while writing. Other days my experiments produced concrete ideas or proposals that in agreement with the rest of the team, could be implemented in the performance practice and tested by the performers the following day. In this way the mode of documenting fed the process; my practise while documenting also became a source for a type of feedback and direct input. 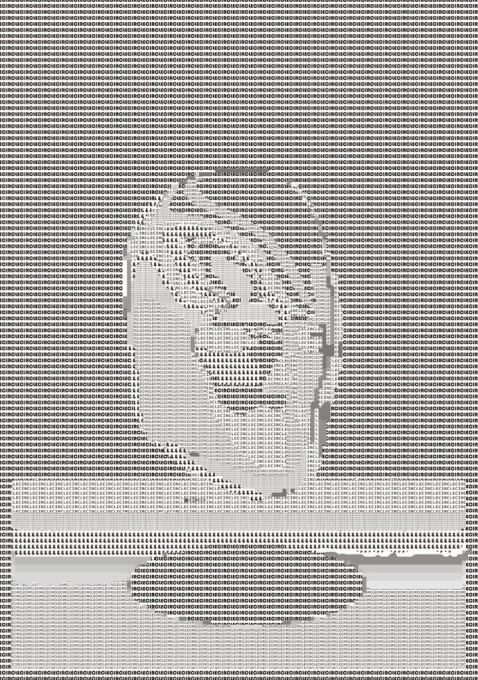 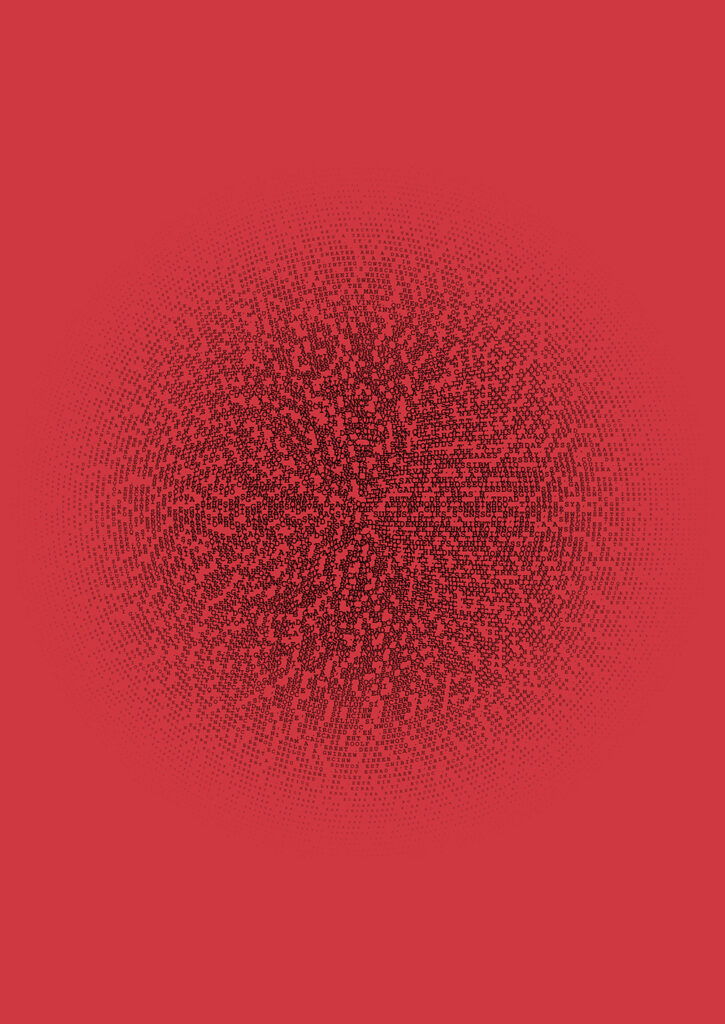 Later my texts were sent off to graphic designer Sam Moore, who then went on to interpret the texts in a relatively free manner. Sometimes he followed my rules or themes, at other times he developed his own concepts for interpretation. What was a simple written document to begin with went through several processes of super-exposure or densification. Words were enlarged or graphically layered to the point of total alienation, creating different forms, visual patterns and textures or even concrete images.

Being surrounded by the daily routines of verbal description from the performers the auditive impact on me became more and more full. Towards the end of the project the initial effect of being labeled by another person (blushing, feeling exposed, mis-read etc.) had basically worn off. I even stopped listening to what was being said concretely and it was rather the movement, or different qualities within the constant noise that I became interested in. We discussed how we could add another level of density to the documents that were being produced. Could the words be stacked further? Perhaps to the point of creating a three dimensional object, a piece on its own?

The documentation of this project finally consists of approximately 400 multi-layered images printed, stacked on top of each other and fixed together forming a brick like paper entity. It is language multiplied and deformed to the point of material solidification. It has weight.

For reference, we have included here a few of the layered images that can be found inside the document object. 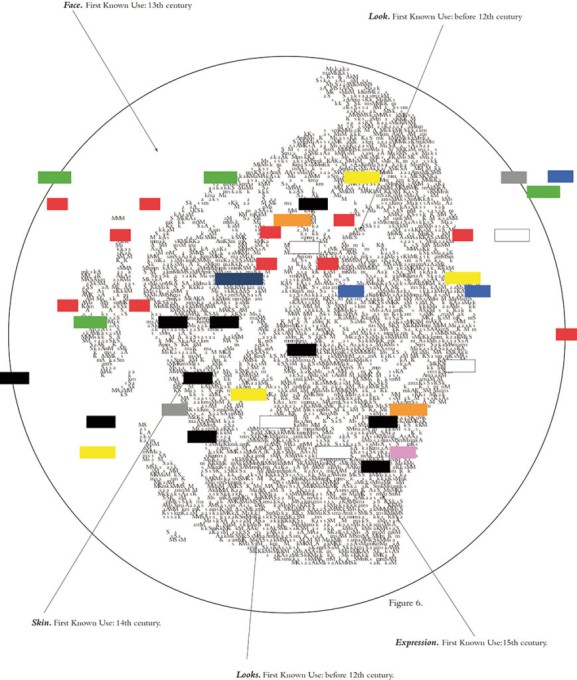 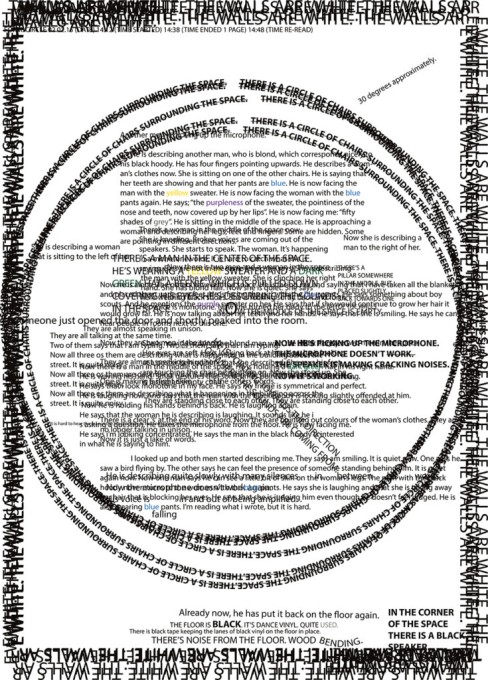